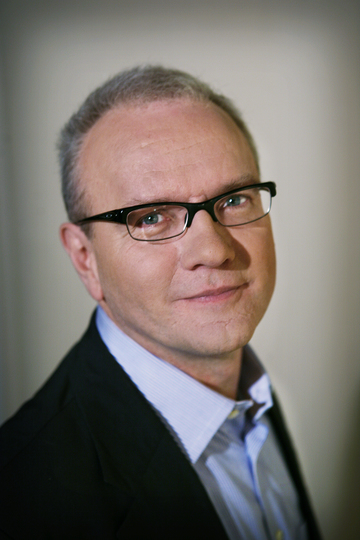 I was born in 1955 in the city of Turku, Southern Finland. My mother spoke Swedish and my father Finnish, so I grew up becoming totally bilingual. I have one sister who is six years younger than myself.

At the age of 15 while attending confirmation camp of the Lutheran church, I became very interested in questions about the existence of God, the meaning of life, the identity of Jesus etc. That led to a very intensive period of religious searching, including prayer and Bible reading for the first time ever in my life. My first prayers were: ”God, if you exist, make yourself known to me.”

After some very intensive months of thinking, praying and searching I was led to a religious youth meeting were I had a radical conversion experience while some Christian young people prayed for me. I met Christ as a living reality, and it completely changed my life. I bought my first Bible and started reading it through. I joined a local church Christian youth group and started going out in evangelism.

Two years after my conversion I got into a period of serious doubt and questioning of my faith. Through an extended period of soul searching, discussing with different people and a lot of reading, I came out of it with a strengthened conservative evangelical Christian conviction and a newfound great interest in Christian apologetics. That interest has been with me to this very day.

After graduating from high school I went to a small conservative theological seminary from which I got my first theological degree, the BA level Candidate in Missiology. Later in life I received a Master in Theology degree from the University of Helsinki. I also have a degree in Christian leadership from a University of applied sciences.

In 1980 I started working full time for the evangelical conservative mission and revival movement The Finnish Lutheran Mission which has about 60 workers (preachers, pastors etc.) in Finland and 70 missionaries abroad.

After graduation I first worked in Christian youth work, and in between  for a short time as a missionary in Italy during the 1980s. After that my main three areas of work have been:

At present I continue to work as the editor-in-chief of the weekly newspaper Uusi Tie, which has about 8000 subscriptions. In addition, I conduct a weekly talk show on the Christian TV7 network in Finnish which is also subtitled in Estonian and in Swedish, and I have an itinerant Bible teaching ministry. During the last 30 years I have held Bible teaching seminars in over 200 churches in over ten countries.

Since 1981 I am happily married to my wife Irene. We have three grown up children and seven grandchildren.

Over 40 000 copies of these books have been sold altogether.